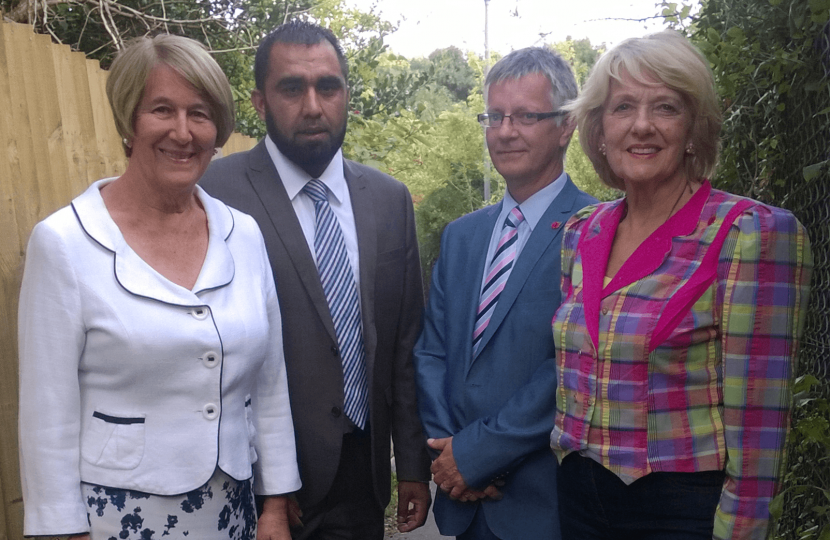 Many people told Cllr Maz Hussain they thought the fencing on the footpath needed to be replaced.  Cllr Hussain agreed and decided to use some of his ward budget to replace the boards.  The work has now been completed and has brought a real improvement to the area.

Cllr Hussain took the opportunity to show the new fence to other councillors including Wendy Mallen, Paul Turner and Valerie Letheren, who is a member of the local Community Partnership.

Cllr Hussain said "I hope everyone agrees with me that the new fence improves the area for local people.  If you see any other improvements that are needed, please just let me know on 07985 581 402.