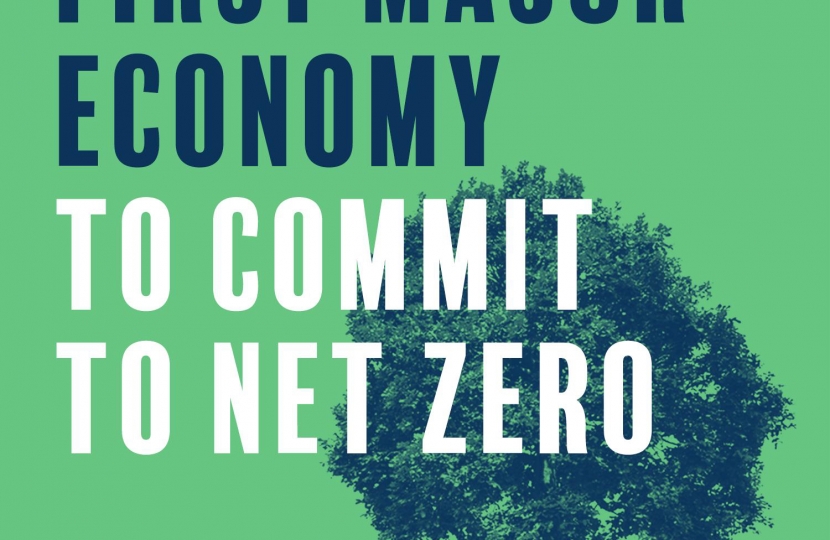 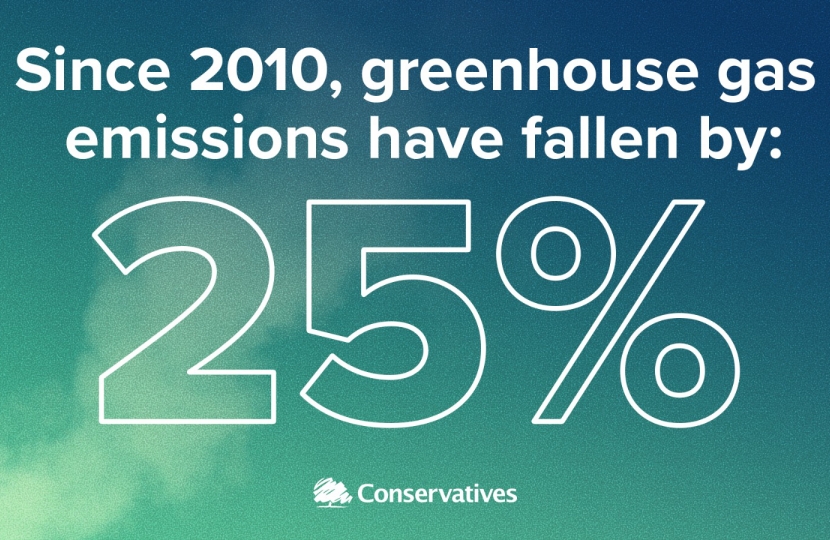 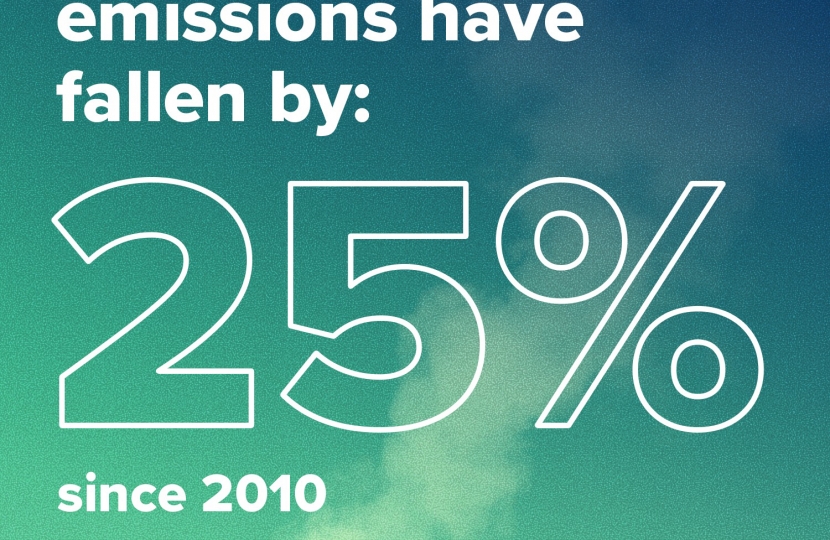 Climate change is one of the biggest issues not just facing the UK - but the entire world.

Under the Conservatives, the UK is a global leader in tackling climate change - cutting harmful emissions faster than any other major economy and legislating to achieve Net Zero emissions by 2050.

By investing in green industries, we will leave the environment in a better state for the next generation, while maximising the benefits of the transition to a low carbon economy.

In June 2019, the Conservative government became the first major economy in the world to set a legally binding target to end the UK’s contribution to climate change by 2050. The 2050 target was recommended and is supported by the Committee on Climate Change, the UK’s independent expert advisory body.

Under the Conservatives, emissions have fallen 42% since 1990, while the economy has grown by 72%. The UK has delivered the fastest decarbonisation in the G20 since 2000.

We have reduced greenhouse gases by a quarter since the Conservatives came into government in 2010.

More of our electricity (52%) is now generated from low carbon sources than is not, with 33.3% from renewables. Under Labour, this was just 6.1 per cent. 2018 was the cleanest and greenest year ever for electricity in the UK.

Under the Conservatives, 99 per cent of all solar deployment has taken place and offshore wind generation has increased by over 500 per cent. Our use of coal has been cut to less than 5 per cent and will be phased out entirely by 2025. With our support, £92 billion has been invested by businesses in clean energy since 2010.

Our investment has meant there are almost 400,000 people working in low carbon business and their supply chains across the country already. We have committed to increasing this: creating two million low carbon jobs by 2030.

Learn more about our plans for the environment: https://vote.conservatives.com/our-plan

For a brighter future, please #VoteConservative in #Wycombe

Our Plan for Growth

Chancellor Kwasi Kwarteng on Our Plan for Growth in the economy